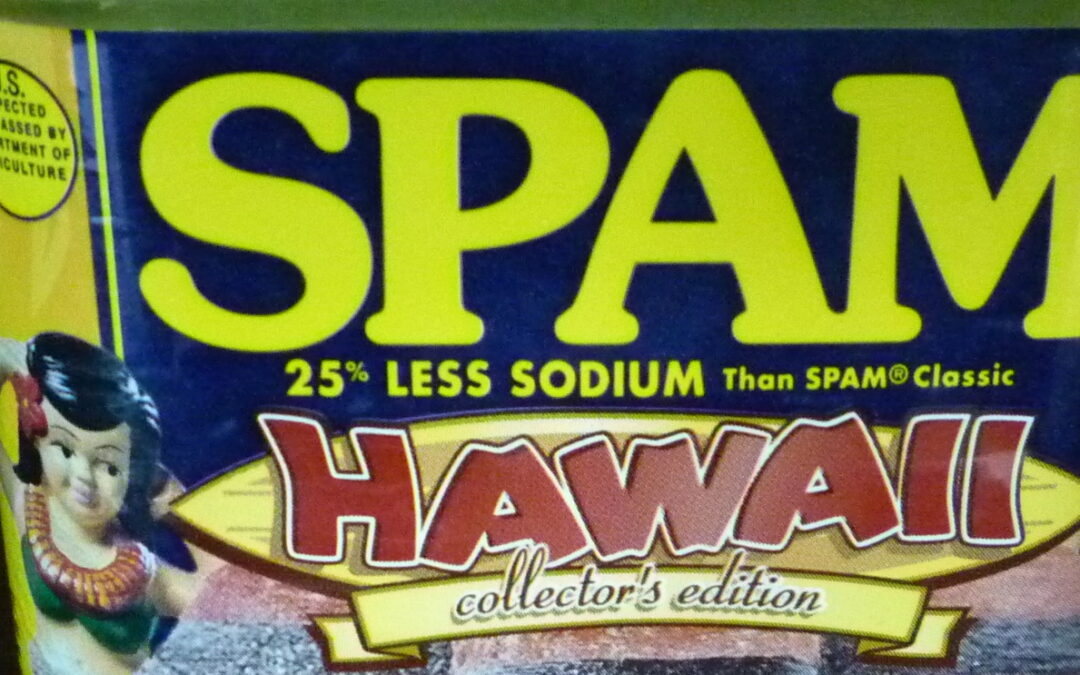 1. Hawaiians are not allowed to put pennies in their ears.

I wonder if this law was passed when Hawaii discovered that their coins were disappearing and they knew not all of them were ending up in the slots in Las Vegas. Also Hawaiians were becoming hard of hearing. There’s a rumor going around that magicians are starting a petition against this law.

2. It used to be illegal to leave home and not know where you were going.

If you are in your mid ’70’s, this can happen a lot, so just make something up like, “Oh, I’m going to the dump.” That’s a favorite destination in Hana. That way you can claim that all the junk you’ve forgotten to remove from your back seat is really trash. But be sure this only happens between the hours of 8:00 a.m. and 1:00 p.m. on Tuesday through Saturday. And if you’re confused about which holiday it is, don’t go out because the dump will be closed anyway.

3. All residents must own a boat or face a fine.

To be safe, that’s why we have two boats in our living room. Okay..one is a canoe.

4. Hawaii consumes the most Spam™ in the U.S.–maybe even the world.

The instructions on the can suggest that it’s easier to eat Spam™ than swimming across the ocean. Hey! With that salt content, you can just float across. But be sure to wait 1/2 hour after eating. I also think it might be better not to read the ingredients. Better yet, “eat Spam™ in a boat..that would be cool” the can label suggests. Which means that we could just make Spam™ Musubi (fried spam on top of rice and wrapped in nori)..then sit in our boat in our living room and enjoy. Not.

The answer is #4, but this seems to apply only if you’re staggering along the highway or sitting on a road cone with a Brewski. It doesn’t mention the old law that states that you can only have one alcoholic drink in front of you at a time. Wonder if that includes the dashboard.

Small children when riding in a vehicle:
1. May be safely held by a strong adult.
2. Will be safe if standing on the floor in the front or back of an auto.
3. Will not be hurt in an accident because they are small.
4. Must never be allowed to ride standing on a seat.

I think someone had two alcoholic beverages in front of them when they wrote this. The answer is #4. In addition, if you’re over 12 and all seats are taken inside of Uncle Kimo’s pick-up truck, you can ride in the open flat bed in the back just a long as it has sides and the tailgate is up. This does not apply to parades where everyone in the family can sit anywhere including the dogs and tūtū (Grandma) who can be propped sitting on top of the rear seat of the red convertible. Just don’t brake or accelerate suddenly.

7. Men from Hawaii’s Orakama tribe are not allowed to eat their second wife.

So I’d really be sure you’re the second wife and not the first. I don’t know if there are search engines to help you validate this, but I’d certainly verify first, then trust until death due you part and be wary if he buys two BBQ’s.

But you can post funny signs on trees and posts.

9. You cannot annoy any bird within the limits of a public park.

However, it appears that you can heckle or hide birdseed or poke birds if they’re outside park limits. Birders might want to take this on as part of a national cause. “Protect Our Birds Outside Of Parks” or POBOOP. Rhymes with pigeon poop.

And speaking of pigeon, that leads us into..

10. Pidgin is the unofficial language of Hawaii.

..or the language of the people and their emotions. It is a combo of Hawaiian, Creole and English-speak from all the immigrants who have arrived on their shores since the 1800’s. In fact, the Pidgin translation of Christ’s baptism appears above the baptismal space at one of the hundreds of  Christian churches dotting the countryside throughout the islands.